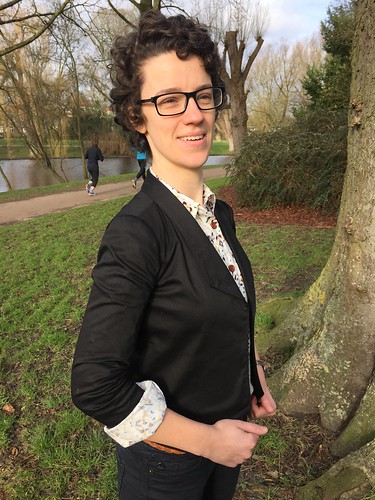 Last week’s Panda shirt post already showed a sneak preview of my Morris Blazer, but now it’s finally time for its proper post. I’m amazed at how much I like it, because I normally dislike how blazers look on me. It was meant as a wearable muslin, and it certainly turned out wearable.

For this version, I used a stretch cotton sateen and cut a size 4 without any other modifications. The fit is very good, but I’d make the sleeves just a smidge wider in a next version. It is just a bit tight to get over a shirt right now. 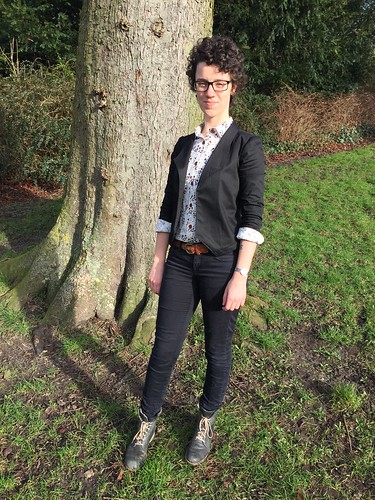 The whole thing went together very smoothly. Only the sleeve cap gave me lots of grief because this fabric just did NOT want to ease at all. If you look closely, the sleeves are rather puckered, but it isn’t too noticeable in everyday wear. I’m definitely planning one or two more versions. Probably one in a bold colour with contrasting topstitching, or one in a print. Mainly, I want the next fabric to be less of a lint-magnet, because this one keeps ending up covered in all the dust in a 100 metre radius. 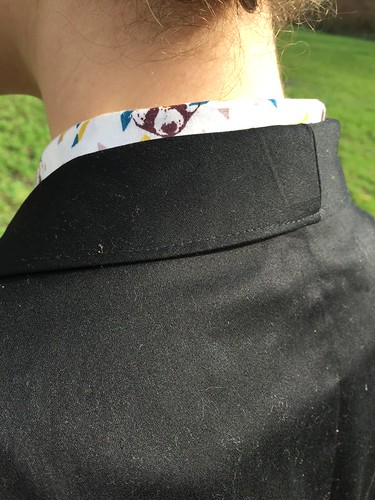 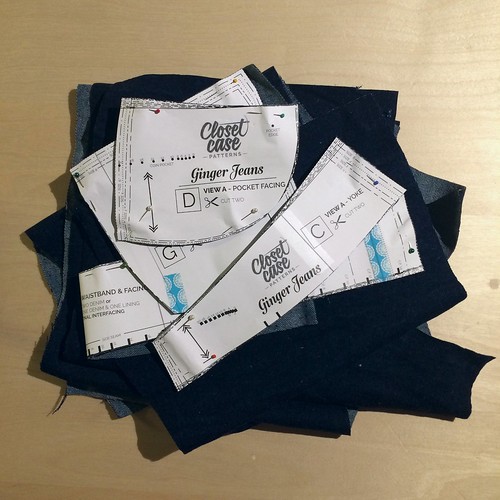 Yes, I am well aware it is now Thursday. I forgot to push the publish button yesterday evening.

The Archer pattern was all ready to be cut out today, but in a last-minute change of heart I decided that I really need jeans much more than I need another button-up. The fact that I have ripped the knee of my only acceptable pair of jeans but am still wearing them to teach occasionally may have something to do with this shift in priorities.

Anyway, buying pants is just the worst because they either cut off blood flow through my thighs, or they require a belt and a set of suspenders to not fall off my waist. Initially, I wanted to use a pattern I found in one of my Knipmode magazines, but I turned to the internet for advice first. I was pleasantly surprised that in the year that I almost abandoned the sewing corners of the internet a wonderful jeans had emerged.

I took a long time to decide which size to cut, because as always my hips and waist are different sizes. It looked a lot more complicated to grade between sizes here than it is for skirts or dresses. Eventually I decided to cut a size 8 at the waist and grade to a 10 at the hips, with a little bit extra on the inner thighs to be sure. Hopefully I can get it basted together later this week, and see if the fit is alright.

This will be my first time sewing jeans, and I’m kinda nervous about it. Not about the technical aspects, but about getting the fit just right, and whether my machine will be able to deal with all those layers of denim. 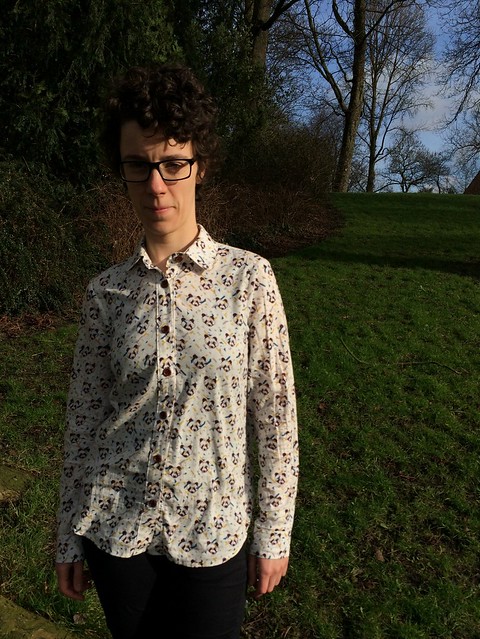 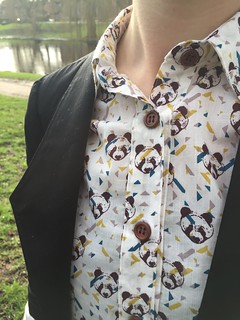 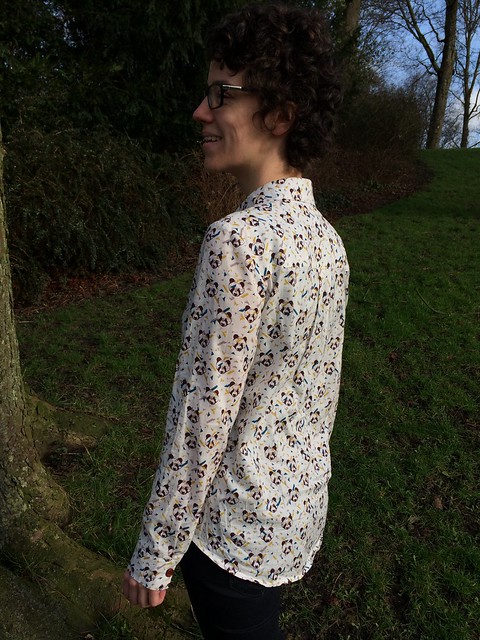 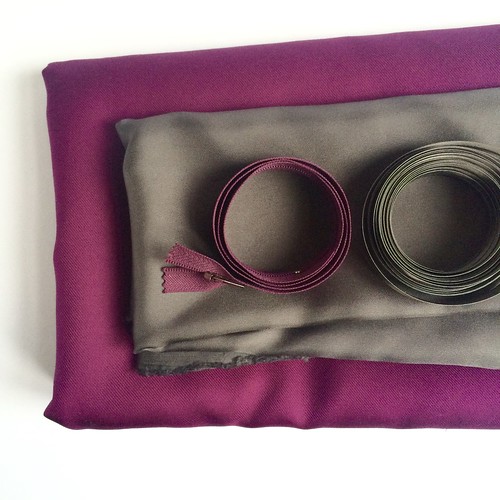 My apartment is tragically lacking in good, natural lighting – especially after 4ish in the afternoon. This made it hard to take good pics of the materials for my Phoebe Dress before I cut into it. The pic above is quite accurate when it comes to colours, so it will have to do for now. The purple is a lovely, medium weight silk twill, and the grey is a thinner silk to serve as the lining. I’ve been way too precious about these fabrics for much too long… they have been in my stash for probably three years. I thought they were from my 2013 Paris trip (the only reason I remember when that was, is that I blogged about it), but the post with all the fabrics from that trip does not contain these fabrics. To my great shame that means that this fabric is probably even a year older than this. To my even greater shame, looking back at that post made me realise that I haven’t used ANY of those fabrics. 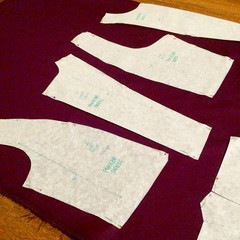 Because I have 3 metres of the main fabric, and I’m no longer very attached to it, I’m not going to make a muslin. I did a quick tissue fitting to see if there were any major problems, but I think it will be alright. I will, however, baste the whole dress together for a fitting before stitching it properly.

Based on my measurements (34/27/38) I graded from a size 2 in the bust to a 4 in the waist and to a 6 in the hips. This dress will probably be way too fancy for any everyday occasion, but the other day I had to go to a fancy party, and realised that I got rid of almost all my dresses. Hopefully this will be a good addition to my closet again. 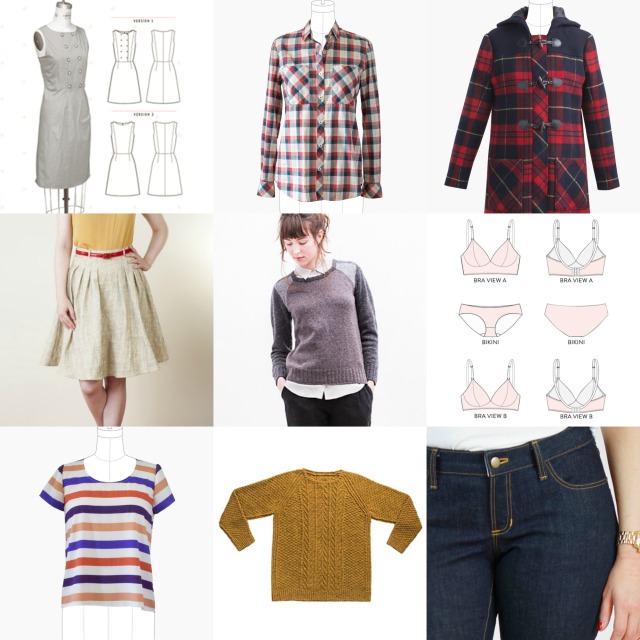